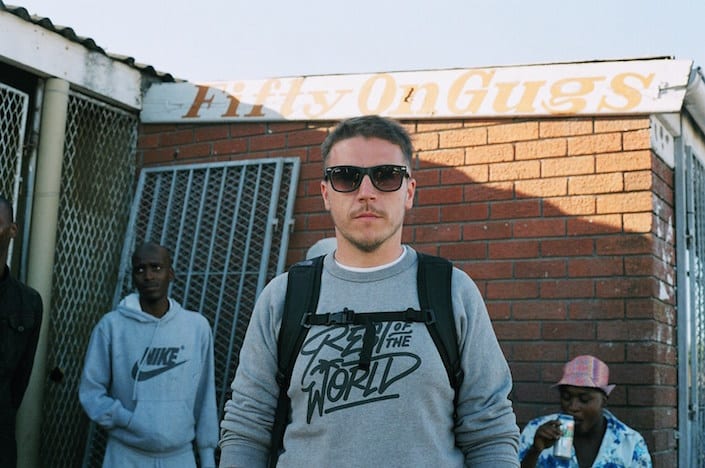 Branko Aims for the World on His Debut Album ‘Atlas’

For 10 years, Portugal’s Branko has pumped Kuduro-spiced breakbeats into the ears of electro fans as cofounder and beat-builder of Buraka Som Sistema. The group won awards, accolades, and the love of thousands in its stellar decade of service. But now, it’s time for a little break.

“It was never really a band that we planned to last for 10 years,” Branko says. “We need to be objective about where the music is going. Is the music that we were making still essential? Where else can we take it? What’s the next step?”

Buraka hasn’t called a definitive quits, but Branko has already taken his next step. Atlas—his debut album out now on his own tastemaker, global electronic imprint, Enchufada—is 11 tracks of borderless brilliance, recorded in five weeks across five international destinations, fusing the many sounds and flavors of the world into one groovy, bouncy masterpiece. It’s Branko’s official solo debut outside of Buraka Som Sistema, but with 20 collaborators, including Mr. Carmack, DJ Sliink and Princess Nokia, he hardly did it alone.

“After working on so many albums with a band, I thought I was going to want less people,” he laughs. “I thought it was just going to be me by myself in the studio, but it was kind of the opposite.”

“It was the first moment that I had to put everything together and realized more and more that this whole global electronic scene was actually just one language that speaks through different variations,” he says. “It’s still the same attitude and posture. All these different kinds of music are still coming from the same place—the whole do-it-yourself, in front of a computer, working on a cracked version of Fruity Loops on a beat that sounds different from everything else.”