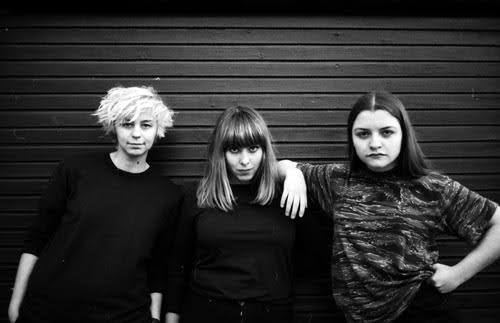 New single by Baby In Vain, “Worthwhile” premieres on NME

Read more about their new single on NME here.

Sometimes it feels like we could write about Copenhagen on an almost weekly basis here at Under The Radar. Aside from Iceage, Lower, Sex Drome, Lust For Youth and the whole scene emanating around the city, there’s amazing pop-soul newcomers Liss (our current new band of the week, incidentally – check them out in the magazine on Friday), not to mention acts like Hockeysmith who’ve taken up residence in the city.

It’s almost enough to forget about Baby In Vain, who thrilled us at The Great Escape a few years ago and today return with brooding new single, ‘Worthwhile’. Bitchy and self-satisfied, it’s apparently about the jump the band made from playing practise rooms to bigger stages. Says singer Andrea Thuesen: “Worthwhile’ is about our blossoming success and how blind it made us, how imprisoned we felt and how we fought to keep our integrity intact in a world where integrity is a rare”.

On the track she sounds dead-eyed, lethargic and almost-broken…until about two-thirds of the way through, when the guitars crank up to almost AC/DC-levels of fun. A short burst it may be, but it’s the sound of trio band who firmly mean business.