Earmilk Premiere: Lliam Taylor Completely Turns Around I Am Legion’s “Choosing For You” 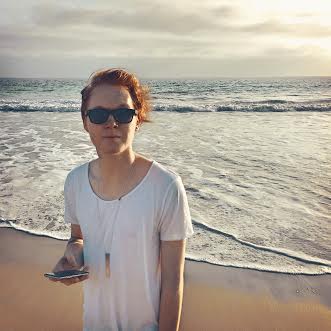 Lliam Taylor’s commitment as a producer and performer was forged in a household where music and its impact were valued and explored. Playing piano from an early age shaped a mindset that saw music not as some external or abstracted form, but as an intimate gesture that could have lasting and resonating effect.

Initially known as Kezwik, Taylor brought a melodic lushness and light touch to his bass and dub step productions. He has also toured with Datsik and gained notice on various charts including a #1 slot at Beatport. Lliam’s natural musicality is reflected in his reworks of Craig David and Ariana Grande, lending to the RnB and Pop originals a very clean, keyboard driven, modern dance skin. The originals aren’t obliterated or awkwardly refracted, instead the vocals are thoughtfully framed, and something entirely fresh is allowed to occur.

Growing up in California exploring production software and keyboards, Lliam began building a sensibility that valued live performance as well as studio craft. “The camaraderie of musicians, the sense of satisfaction in getting it right, and the chance to turn it out for people who are so about the night is a privilege.” That intimate understanding of crowd awareness can be seen in the new original and remix work Lliam is producing. Music that has lofty dance vibrancy, as well as a cool sense of urgency to elevate the party and the crowd. Taylor’s journey is in its early stages, but already it is one that signals a burgeoning singular vision that will continue to expand and refine.