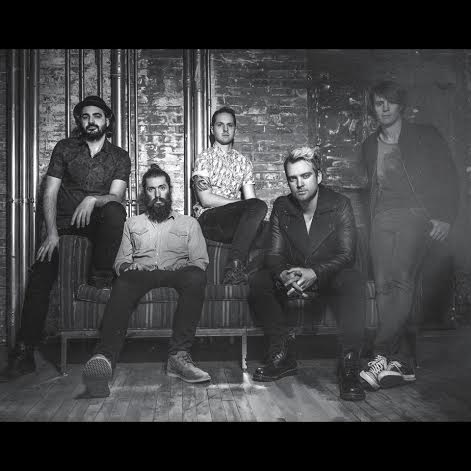 “We are strongly influenced by 90’s music,” says Gavin McDevitt lead singer of Tribe Society, “it was an era where artists actually stood for something. They were jarring, bold, and didn’t ignore all the bullshit that constantly surrounds us.” Enter Tribe Society, a five piece band hailing from New York City’s Washington Heights neighborhood. This band isn’t like the others. They want to do much more than put out good music, they’re here to give a voice to a cause and empower listeners “one song at a time, one voice at a time, one lyric at a time.”

After making their world debut at SXSW as the opener for Incubus earlier this year, Tribe Society came out swinging with their debut EP “Lucid Dreams” in June 2015. With a sound Huffington Post calls “Powerful, intoxicating, even,” Tribe Society have hit the world stage in grand fashion. Lead single “Kings” acts as the ideal introduction for new listeners as it showcases the band’s storied instrumentation and masterfully crafted lyricism. Additionally, “Kings” sets the stage for a politically charged animated music video that explores everything from Big Brother to police brutality in a way that is “dark, enigmatic, and thought-provoking,” says Earmilk. The rest of the EP sees the band pull from a myriad of influences and aesthetics, even linking up with pop star Kiesza who provides guest vocals on ballad “Pain Told Love.”

The culmination of a flute player, drummer, keyboardist, guitarist, and vocalist, Tribe Society has created a sound that blurs the lines between alternative rock and electronic music à la Imagine Dragons and AWOLnation, or 90s rock legends Smashing Pumpkins and Nine Inch Nails. Simply leveraging the magnetism of the hustle and bustle surrounding them in their New York home and  their commitment to social activism, Tribe Society mix musicality and their mission for the greater good to create a whirlwind of visceral creativity and engineered impact.