Sioux Zimmerman, Founder/CEO/Slave to the Rhythm 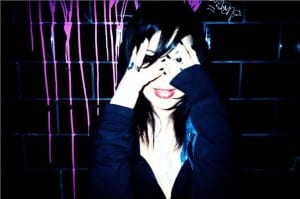 The genesis of the unique public relations/artist development entity known as Magnum PR , Artist Development and Marketing can be traced back to the early stages of  founder SiouxZ’s run with NIN, her first client whom she worked with for over ten years.  Formed in 1989 her company’s launch saw her pursuing hands on involvement in the realm of public relations, artist development, artist branding, and designing many facets of a campaign including video production, conception and realization of marketing campaigns, and so on.  For over two decades SiouxZ has built successful media campaigns surrounding artist releases, event launches, festivals, tours, events, and conferences.  Her roster, both legendary and groundbreaking  consists of many artists who have stayed with the company for over 20 years including Portishead, The Prodigy, Underworld, and Orbital.

Her campaigns are all brilliantly engineered and well timed mixture of trade, consumer, music enthusiast, tour , national lifestyle, syndication, fashion ,internet,  technology, newsworthy, TV, Business, travel, and music media.  Specializing in both Print and Online media, her strategy is to retain the artists original fanbase and credibility while pursuing their route to mega-success.  Solid and long standing relationships have been built with everyone from the music media  such as Rolling Stone Magazine, to the largest circulated newspaper – Wall Street Journal, syndicated radio – NPR to online top tier sites  such as Pitchfork and Stereogum, industry trades Billboard and Pollstar, to online blogs such as Consequence of Sound and Gorilla Vs Bear.

In addition, her international success is rated by the many international brands and companies who hire her services to launch campaigns stateside.  Consulting on many different faceted levels depending on the outreach and goals, capable in insisting the development of artist careers/strategic brand development, International company representation through their strategies in understanding the US market.  She has remained as of one of the tastemakers and leaders of the Music Indie/electronic PR world for nearly two decades, and has established close relationships with her database of contacts through out the US and the world.

SiouxZ has always prided herself on breaking new artists in media and crossing underground acts into the mainstream while working heavily with international artists as well as breaking new bands from their home turf. Portishead, The Verve, Gnarls Barkley Snow Patrol, The Prodigy, NIN , Marilyn Manson, Biffy Clyro, Klaxons, Calvin Harris, Gang Of Four, Goldfrapp, Enter Shikari, and the list goes on.