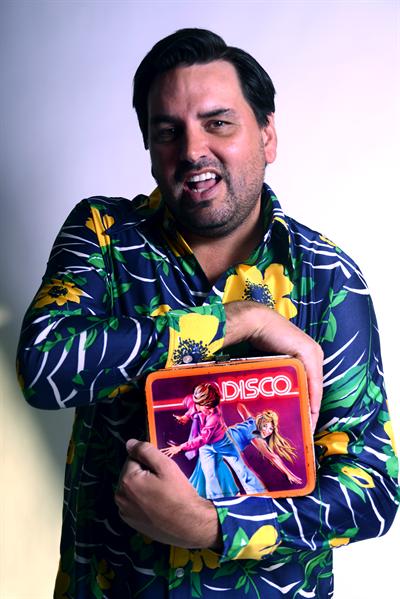 Pollstar talks with Disco Donnie about his past, present and future within EDM

Read more on Pollstar about Disco Donnie’s involvement with the EDM scene here.

Having produced his first rave more than two decades ago, promoter Disco Donnie talks with Pollstar about his upcoming EDM events and how his own company is his biggest competitor.

A lot has happened to James “Disco Donnie” Estopinal, Jr., since he attended his first rave more than 20 years ago.  As the head of Disco Donnie Presents, he has grown a business dedicated to electronic dance music events. With a resume that includes four years working with Insomniac Events CEO Pasquale Rotella and a career filled with mammoth EDM events, Donnie was on the ground floor when Robert Sillerman formed SFX Entertainment in 2012.

We talked with Donnie about two of his events coming up in the near future. The March 18-20 Ultimate Music Experience (UME) at Schlitterbahn Beach Waterpark on South Padre Island, Texas, includes Steve Aoki, David Guetta and Tiësto on the lineup.

Announced this week, Disco Donnie Presents has teamed with Firechat to enable fans downloading the Firechat app to join the UME chatroom and talk with each other as well as with the artists appearing at the event.  What’s more, you don’t need WiFi or an internet connection to use Firechat.  That’s because the app gives its users the power to create peer-to-peer networks via mobile phones.

On April 18 Something Wonderful will move into the Cotton Bowl in Dallas, Texas, for a one-day extravaganza.  Tickets are on sale although a lineup will not be announced until Feb. 24.

How long have you been presenting shows?

How did you spread the word about your shows back in the day?

It was the early ’90s.  Basically, just using fliers from Kinko’s, posters, definitely word of mouth. There was no internet per se at the time.  It was a whole different ballgame.

It’s hard to say but we still use them because we want to use every opportunity that we can to reach people.  Sometimes it’s just a reminder.  Any which way we can get in touch with people, we’re going to try.  Plus, the fliers [are] part of the scene.  It’s really important to me to have that. … I don’t want to lose that part of history just because some people don’t deem them necessary.

In many cases the artwork is so special that you might see those posters framed and hanging on people’s walls for years to come.

That’s a memory right there.  It conveys a message and that’s important.

Do you have any favorite artists for your fliers?

I used to have these guys out of New York, Dots Per Minute, and they did a lot of our fliers.  They were crazy times because it took them so long to render the stuff.  I basically either had to fly to New York to see the artwork or I saw it when it came off of the conveyor belt at the airport.  Of course, everything was misspelled, everything was wrong. … It’s a lot easier these days.